3rd April, 2004: in the middle of the Iraqi war pilgrims celebrating feast of Ashura come to Karbala. Unexpectedly the city full of people becomes target of attacks preceding the assasination of City Hall – strategic seat of local authorities and police. Only a handful of Polish and Bulgarian soldiers without any backup remains on a battlefield.

“there have been at least a handful of very solid Iraq conflict themed pictures in the past few years and Krzysztofa Łukaszewicza’s Karbala looks to be amongst the very highest tier of those” (…)“the production values here are absolutely fabulous” – Todd Brown, Screen Anarchy 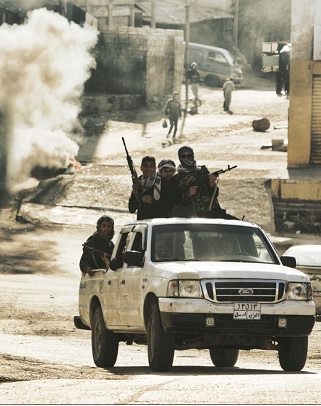