Ilija, a 60-year-old train driver, is about to retire holding the infamous record of 28 kills committed during his career. His 19 years old adopted son Sima is preparing to take over the family trade and his father’s job. Ilja claims the first kill will happen quickly but when weeks pass without it and tension is getting unbearable for Sima, Ilja comes with help: he goes on search for suicidal people to jump under Sima’s train.

“Kind spirit and black humour combine for maximum effect (…) with the right promotion, could even make multiplex crowds happy” – Cineuropa

“one of the most touching, and certainly funniest, pictures at Raindance” – The Panoptic 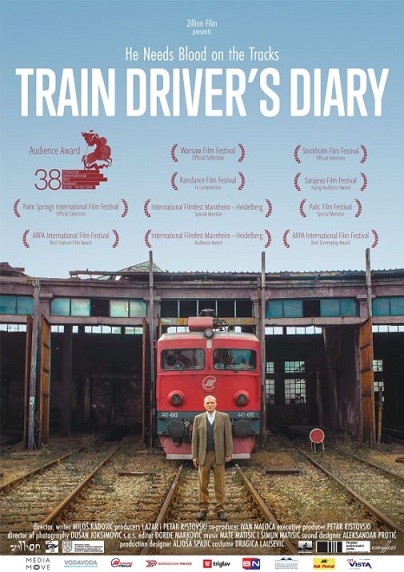